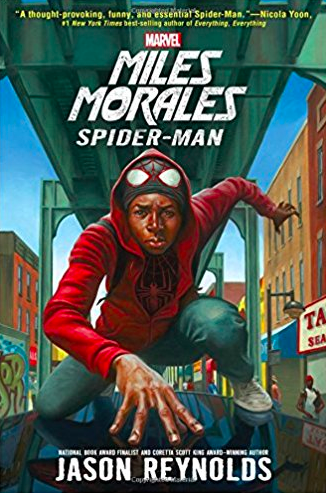 “Everyone gets mad at hustlers, especially if you’re on the victim side of the hustle. And Miles knew hustling was in his veins.”

Miles Morales is just your average teenager. Dinner every Sunday with his parents, chilling out playing old-school video games with his best friend, Ganke, crushing on brainy, beautiful poet Alicia. He’s even got a scholarship spot at the prestigious Brooklyn Visions Academy. Oh yeah, and he’s Spider Man.

But lately, Miles’s spidey-sense has been on the fritz. When a misunderstanding leads to his suspension from school, Miles begins to question his abilities. After all, his dad and uncle were Brooklyn jack-boys with criminal records. Maybe kids like Miles aren’t meant to be superheroes. Maybe Miles should take his dad’s advice and focus on saving himself.

As Miles tries to get his school life back on track, he can’t shake the vivid nightmares that continue to haunt him. Nor can he avoid the relentless buzz of his spidey-sense every day in history class, amidst his teacher’s lectures on the historical “benefits” of slavery and the importance of the modern-day prison system. But after his scholarship is threatened, Miles uncovers a chilling plot, one that puts his friends, his neighborhood, and himself at risk.

It’s time for Miles to suit up.

Recently when I was on amazon searching for some new books to order with my gift card I cam across something interesting. I knew about the DC series that are being written by YA authors. I never knew that there was also a Marvel series of books currently being written. I decided to order both Spider-Man and The Runaways. I was very excited to dive into Spider-Man because it has been one of my favorites since I was little. I was surprised that it was only 261 pages, but thought it must be 261 awesome pages.

The book started out with Miles saying that he was done being Spider-Man and that being from a bad neighborhood he couldn’t be a superhero. From there I thought it would be about him getting his groove back and becoming a bada**. Then it just seemed to keep going on and on about struggle after struggle. I kept waiting for the action and it never seemed to really come. I was looking more for a background about how he got to where he is and how he was going to persevere. The only action was for about 10 pages out of the whole book.

I mean if you are looking for a book more on Miles Morales’ personal life then this the book for you. Though if you are like me and wanted an action packed book then I would not suggest reading this, you are in for disappointment. I also thought that the plot was a little odd and seemed rushed to get some last minute action into the book. Though you may like it, it just wasn’t for me. 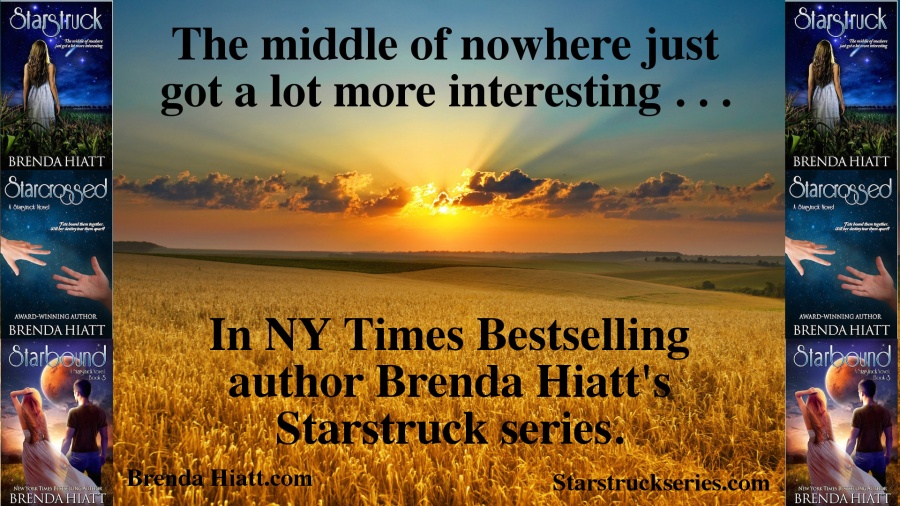 Nerdy astronomy geek Marsha, M to her few friends, has never been anybody special. Orphaned as an infant and reluctantly raised by an overly-strict “aunt,” she’s not even sure who she is. M’s dream of someday escaping tiny Jewel, Indiana and making her mark in the world seems impossibly distant until hot new quarterback Rigel inexplicably befriends her. As Rigel turns his back on fawning cheerleaders to spend time with M, strange things start to happen: her acne clears up, her eyesight improves to the point she can ditch her thick glasses, and when they touch, sparks fly—literally! When M digs for a reason, she discovers deep secrets that will change her formerly humdrum life forever . . . and expose her to perils she never dreamed of. Yes, the middle of nowhere just got a lot more interesting! 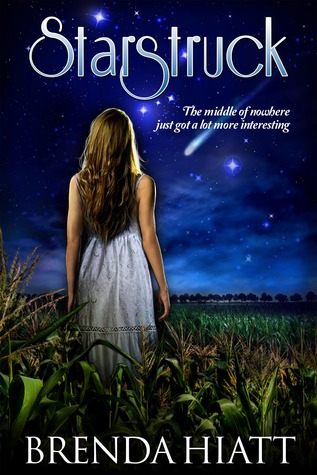 Like I always do about once a month I began browsing kindle for some free books. I always do this so that I have some books to read when I am in bed. I am going try to release a couple free ones every month that I have read.

Starstruck is unlike any book that I have ever read before and I loved it! It is so refreshing to come across a free book that I genuinely enjoy. Typically when I read the free books there are typically plot lines that repeat themselves, or the writing isn’t as edited as I like it to be.

The book started off with your average dorky girl who is the opposite of popular. Though there is a quirk with her, she has been known to fry the electronics near her. Then enter the new kid. He’s attractive, popular, and the new star quarterback. Of course she is instantly attracted to him and he seems to start taking an interest. She starts noticing some changes, such as no longer needing glasses and her acne disappearing. Then when they touch they both notice a electric spark. Then things start to get a little weird when they are together…

I really enjoyed that the author incorporated astronomy into the book, especially being someone who really enjoyed the subject in school. It is always very apparent if an author did the research or not when writing the book. If I notice that certain facts are missing, it really turns me off from reading the book.

I would definitely suggest this to anoyone looking for a free read. I am planning on getting the second one to read on my kindle!