To All the Boys I’ve Loved Before

When I heard that this was being made into a movie and by Netflix I was a little scared since they have never done one before. I am always weary when it comes to book to movie adaptations because usually there are major plot lines missing. I don’t think I have ever seen one done as well as this one, definitely the best contemporary book to movie adaptation. The characters were spot on, all major plot points were there, Lara Jean’s fashion was on point, and the music was perfection. I mean obviously there were some things missing because you can’t fit EVERYTHING into an hour and a half.

What did I notice was missing?

1. There only made cookies once, and they were chocolate chip.

I was really hoping to see the famous fruitcake cookies IRL, but alas it was a part that was taken out. I mean at least they made cookies once!

In the book Lara Jean get into a car crash and Peter pulls over to help her. It was a contributing factor to him driving her once they start their relationship since her car is out of commission. I was a little confused that this wasn’t in it, but once again not a huge deal.

I think this was the biggest part that was left out. In the book Lara Jean goes to a model UN to confront John Ambrose about the letter and then chickens out when she sees him. In the movie he suddenly shows up in the end after some credits, obviously to set it up for another movie. 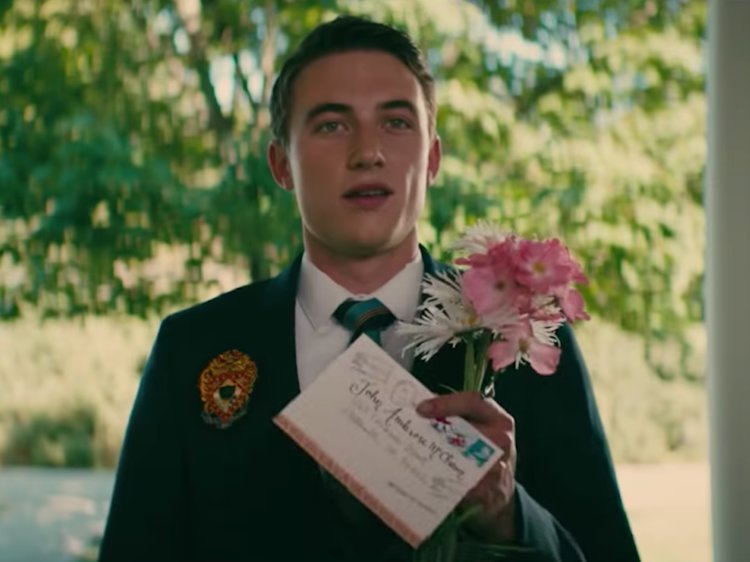 This video doesn’t leak until the second book. So I wish they maybe would have done something else here that was in the first book.

There were many scenes that happened at different locations in the book, but that is fine, not a huge change.

I mean I can sit here all day pointing out small details that were different, but those can be because of budget issues and such. Overall I think they did such a stupendous job on this movie. I can only hope that Netflix makes a sequel like they hinted and make more book adaptations!

What did you think of the movie?

This is a text widget, which allows you to add text or HTML to your sidebar. You can use them to display text, links, images, HTML, or a combination of these. Edit them in the Widget section of the Customizer.